Another Tuesday already...hard to believe how fast time flies.  I thought for sure I would finally get to a jewelry post in between ".....was....." posts, but that didn't happen.  C'est la vie!

If you want to find out how ".....was....." started, click here.
So as I said last week, I have been mulling this over for a very long time, but didn't have enough photos for a strong start.  I was hoping for a "if you start it, the photos will come."  Within seconds after hitting the "publish" button last week, I found out a service person was coming, someone I didn't want to talk with for various reasons.  I was pissed that I either had to be home with him in an awkward angry silence or abandon my plans to bead in the workshop all day and leave while he worked.  I opted to leave.  Why be with someone when I can be alone?
I grabbed the camera, drove to the reservoir, parked the car, and hit the woods, alone for the first time in forever.  I used to cherish being alone in the woods.  It was my favorite, FAVORITE thing to do.  But kids, safety, blah blah blah has prevented me from doing it for the past 16 years.   I felt so alive and so much like ME.  I reconnected with my confidence and my strength and my thoughts and my power.  I did contemplate briefly how to fend off a bear, but beyond that, it was completely worry free and cleansing.

I knew this old bridge was here but never photographed it.  Leaving the house and going in the woods, heading in this direction, I made the series photo happen, rather than leaving it up to fate, like I have been doing with these photos. 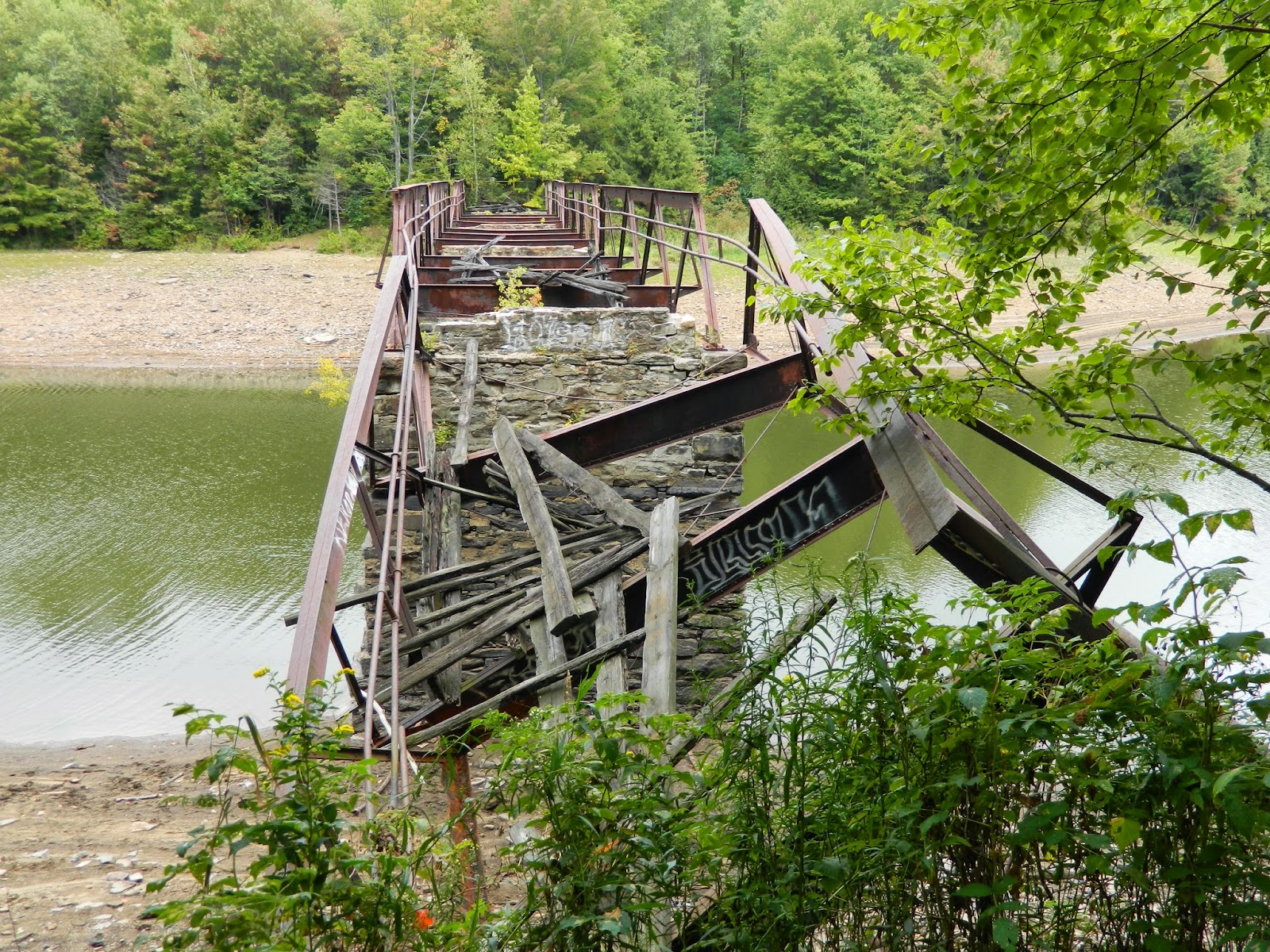 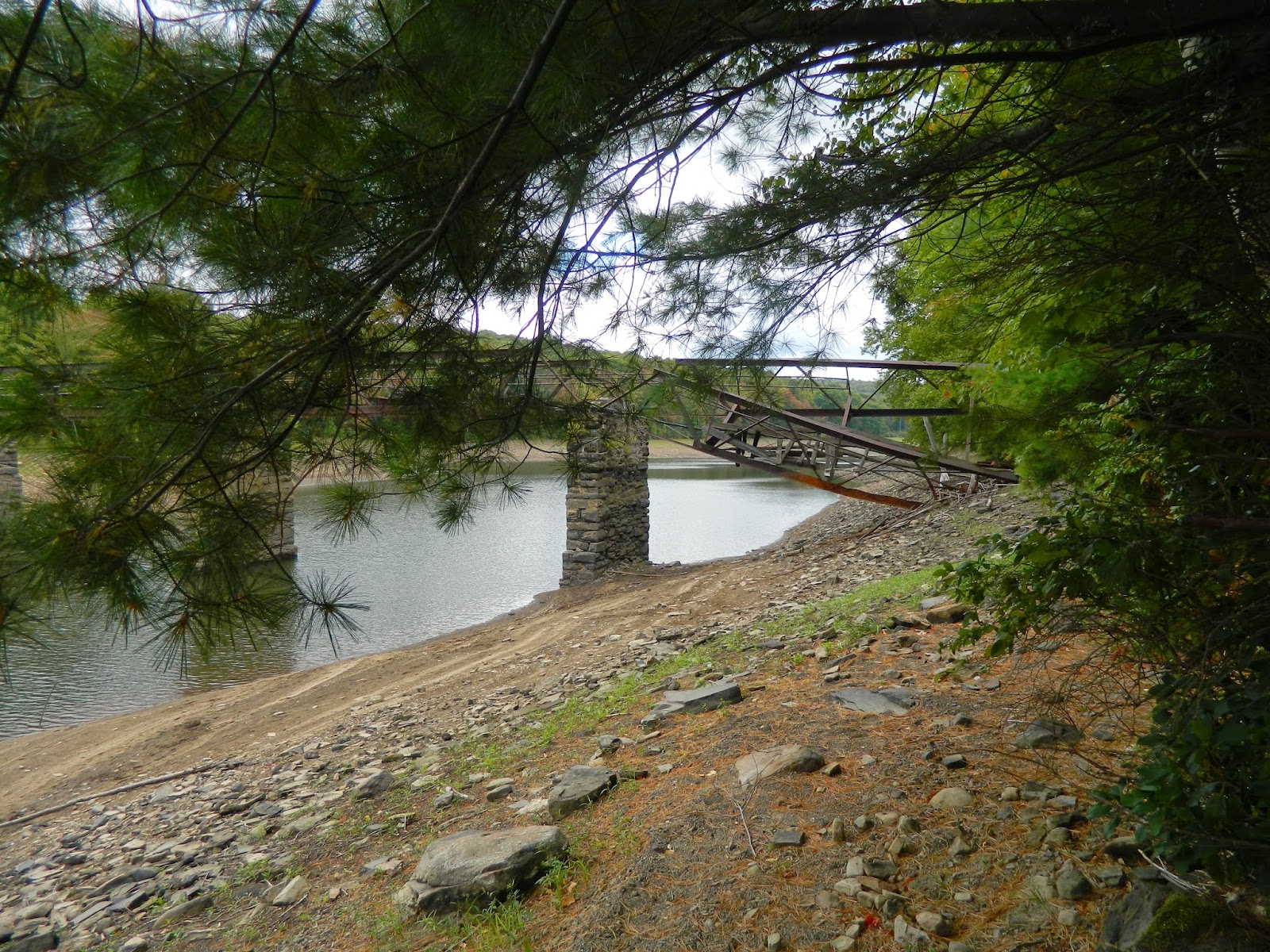 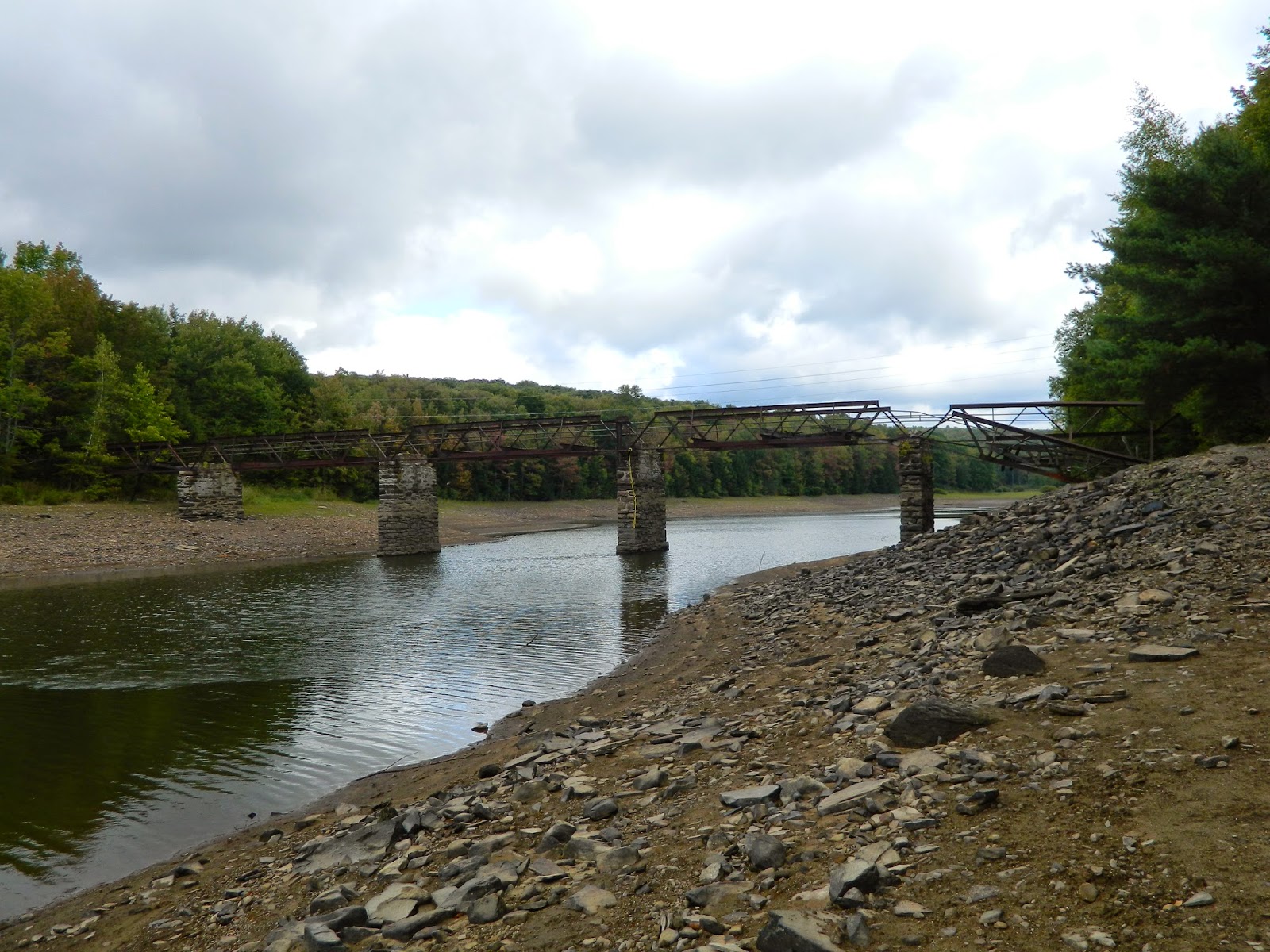 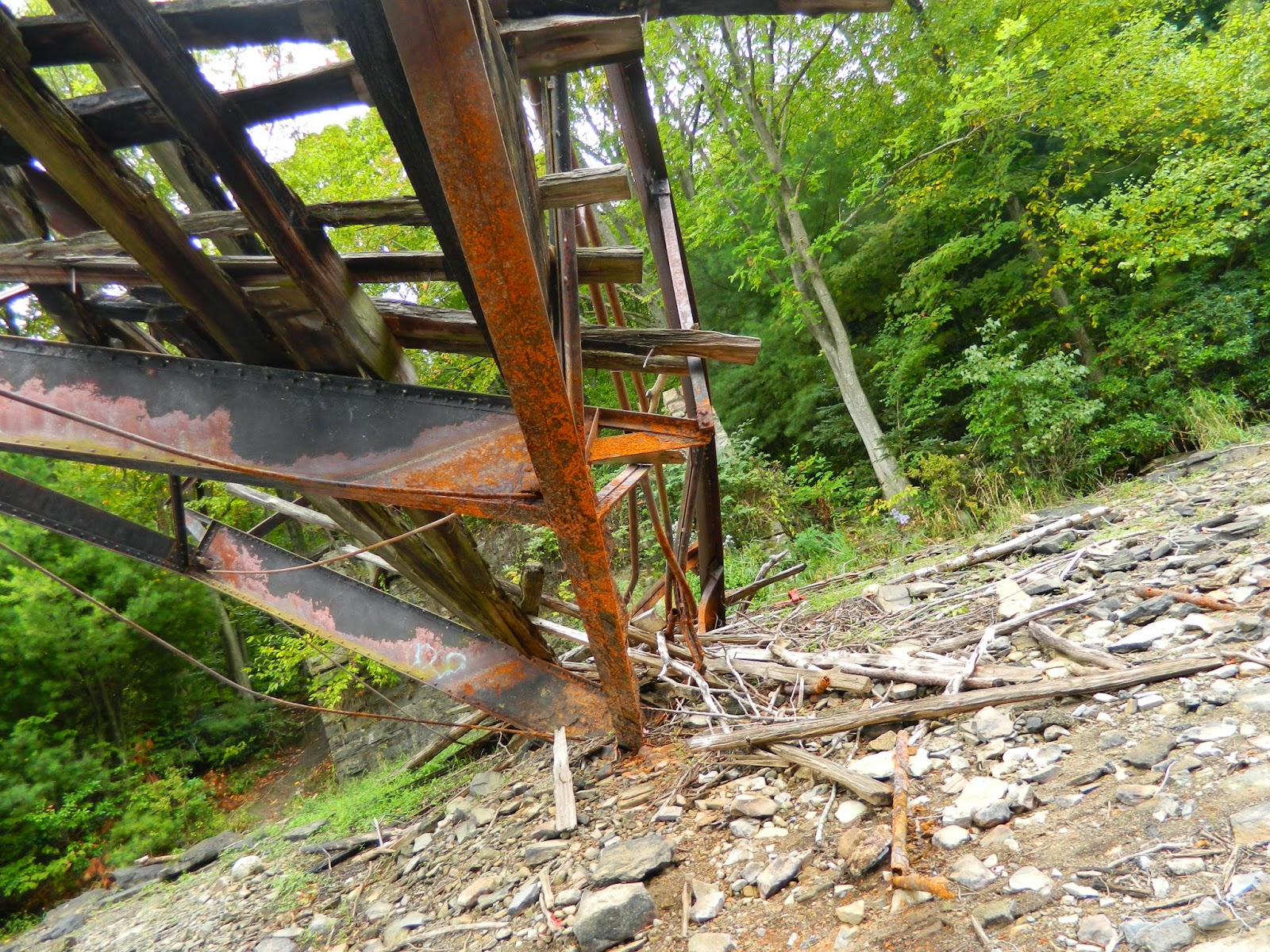 So what kind of cars drove over this bridge?  And where were they headed?  Stories.

I hope to be either less verbal or non-verbal throughout the series and hear your stories instead.
Posted by Christine Altmiller at 12:30 AM

oh this is a cool one .... ok so given how narrow the bridge is, and just how much nature has reclaimed any road that might have been ... I'm going to guess as far back as the old ford trucks! This is exactly the kind of bridge I imagine my grandparents using as they crossed the country to move to Oregon

What a great bridge. I think old '30's or '40's pick up trucks would have used this bridge to get across the river. I can actually see the scene in my mind. I love things like this!

Even tho it's not Madison County it brings to mind the old trucks & bridges in that wonderful movie. That image of Clint Eastwood driving away in the pouring rain, reaching up to touch that cross hanging from the rearview mirror, gets me everytime. You captured some great shots here, glad you enjoyed your time in the woods.

One fall evening Butch and Tom were making a shine run in Butch's supped up 1945 Dodge. As they were speeding down the curvy mountain road, they came around one of the curves to the one lane bridge crossing the river. They saw headlights coming at them on the other end of the bridge. Where to go what to do? They were traveling to fast...

Awesome photos Christine! I always love a walk in the woods.
Therese

Another example of why we were meant to meet! (and do that road or train trip!) I too used to spend hours on walks in the woods and countryside. It was the way I was able to handle the troubles at home. It gave me peace and an eternal love of nature. I too have stopped doing it due to safety. Every once in awhile I'll try to do it and waver between feeling that old peace to can I scream loud enough or run fast enough if there's danger? Sigh.

Anyway, I love this old bridge. Thinking about the folks that built it and their imagining it would be there forever. Always fascinates me how quickly nature can take over when something man-made is not maintained. There's something wonderful in that.

This is such a cool series Christine! The bridge looks like it has seen better days. I'm glad you enjoyed your alone time in the woods. It is important to make time for yourself and your thoughts. :)